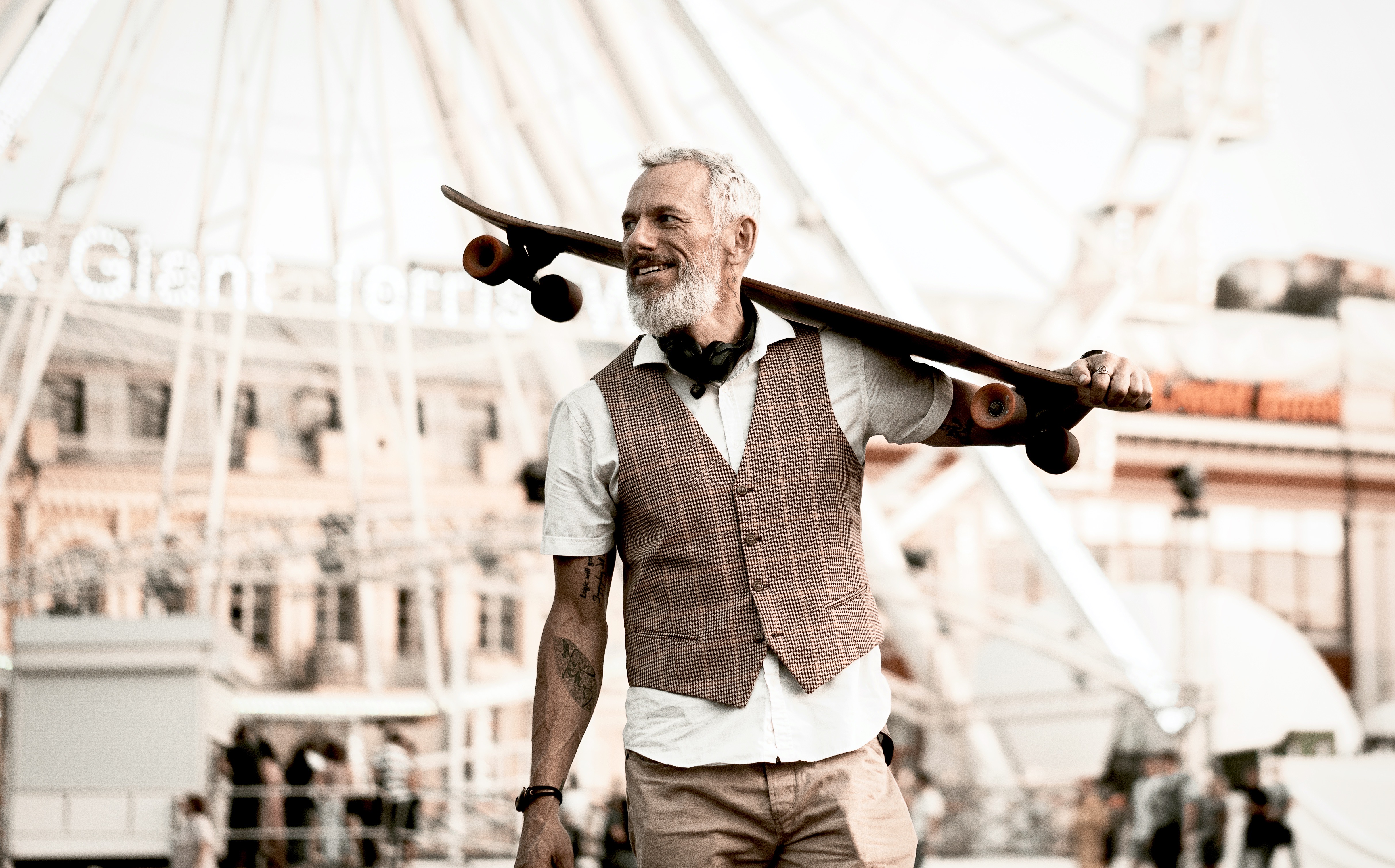 Four years ago, I decided to create a new habit: every week, no matter what I had going on, I reached out to someone who was doing work I admired and asked them to talk.

At the time, I was 39 years old, and since I’d begun working online, many of the people making things I thought were cool, were younger than me.

Depending on the week, today, I’m speaking with a broad range of twenty and thirty-somethings from all over the world. From a 30-year-old Nigeria trying to make something of himself in Italy after embarking on an epic journey to a 26-year-old American-Moroccan thoughtful leader living in Casablanca who stutters like me.

These conversations light me up. I wish I could devote all my week to this. This is for the simple fact, combined with playing with my kids, I feel so much younger than I did before I honed the habit.

If you want to stay young, surround yourself with young, inspiring people.

People love to quote motivational speaker Jim Rohn and say we’re the average of the five people we spend the most time with.

If the goal is to delay turning old and grey, hanging out with people who aren’t is a good first step.

Screw being an expert and position yourself as an amateur

Someone told me that in London hair salons, people pay money to have bull semen rubbed in their hair to repair damaged strands. I thought they were full of it, but then I googled it.

If scrubbing yourself with bull semen or crocodile dung isn’t your thing, consider taking a course or partaking in an activity you know nothing about so you get to experience the ever-important thrill of being a nervous beginner.

Why not take an art class? Why not learn how to rock climb? Or even study a foreign language as the best way to start is by reading kid’s books which is never a bad thing in the fight for aging.

A lot of people today want to be considered an expert in their field. That’s all well and good. But if you want to feel young, don’t forget to make sure you also feel like an amateur.

New experiences get our blood moving. They help us to be present as it’s hard to have your mind wander when you’re embarrassed or scared out of your pants which is a vital part of being alive.

Walk for 10 minutes in one direction and then turn around

Our bodies were meant to move. The world — and all its advancements — have made this once easy decision hard. In the past, if we wanted food, we had to physically get up to hunt food. Not so much today. We don’t need to leave our houses. Everything we could ever want is a click away.

To fight the grave, get up off the couch.

One thing I like to do is to walk each day for ten minutes in a straight line. Once I’m hit that marker, I turn around and walk another ten minutes home as it’s an easy way to ensure I move for twenty minutes.

When I moved to Spain, I weighed 210 pounds. I’m 5'10. Today, I’m 160 pounds and can run for days. The reason: I started a running habit by first starting a walking habit.

Don’t make things harder than they need to be.

We need sun. We need to feel like we’re part of a community. We need to see other people doing things as it helps to motivate us to also do some things.

Embrace the sun and break a communal sweat

One of the things I like most about living where I do in Spain is people are seriously involved. Not a week goes by where there isn’t some sort of street festival or community tradition. Some people wear costumes and dress up as giants or the creepy “big heads” and dance and sing. Others, trade-in their weekday suits and partake in creating “human towers.” 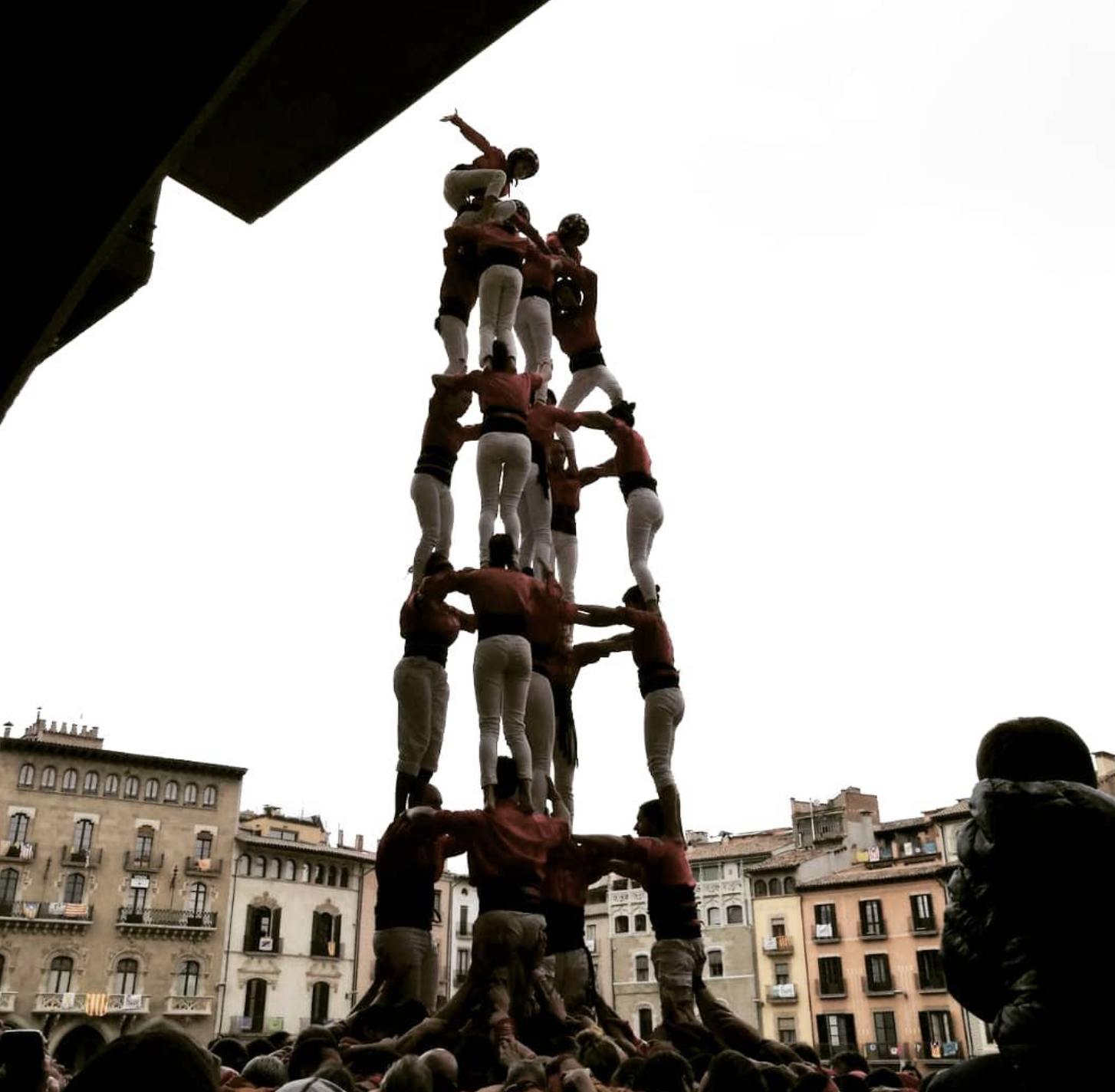 I don’t take pictures often, but when I do, they’re slightly blurry

It’s amazing. Men and women of all ages dance in plazas. They hug (in non-covid times). They laugh. It’s hard not to admire this. Looking cool isn’t a concern. They prioritize fun.

What’s one thing you used to love doing as a kid in your community?

Not a day goes by when I don’t get on my push-scooter and race my kids around our town. It’s the best $49 investment I’ve ever made. I see friends when I’m out cruising around. We stop and chat. It’s fun.

People who sweat in the sun together stay young.

Treat your curiosity as your primary responsibility

When speaking to my dad about the realities of getting older, he said something that hit me like a sledgehammer.

“The saddest part of getting older is seeing how intellectually dead some of my old friends have chosen to become.”

He went on to compare their lives to Groundhogs Day where Monday looks a lot like Tuesday and Tuesday blends straight into Wednesday. It’s as if the day Cal Ripken retired from baseball, his old friends decided to retire from life forgoing the importance of learning a new something, meeting a new someone, and going to a new somewhere.

Maybe you can’t jump right out of bed and attack exactly what you want. We’ve all got responsibilities. But carve time out for yourself to pursue your interests each day, even if it’s only for 20 minutes.

Kids create their own green lights.

They make something out of nothing.

You’ll not only feel younger, but the odds are high you’ll also feel more fulfilled and happier.

Being young is a choice.

Thanks for reading.
— Michael

Receive a free guide to simplify your life here.