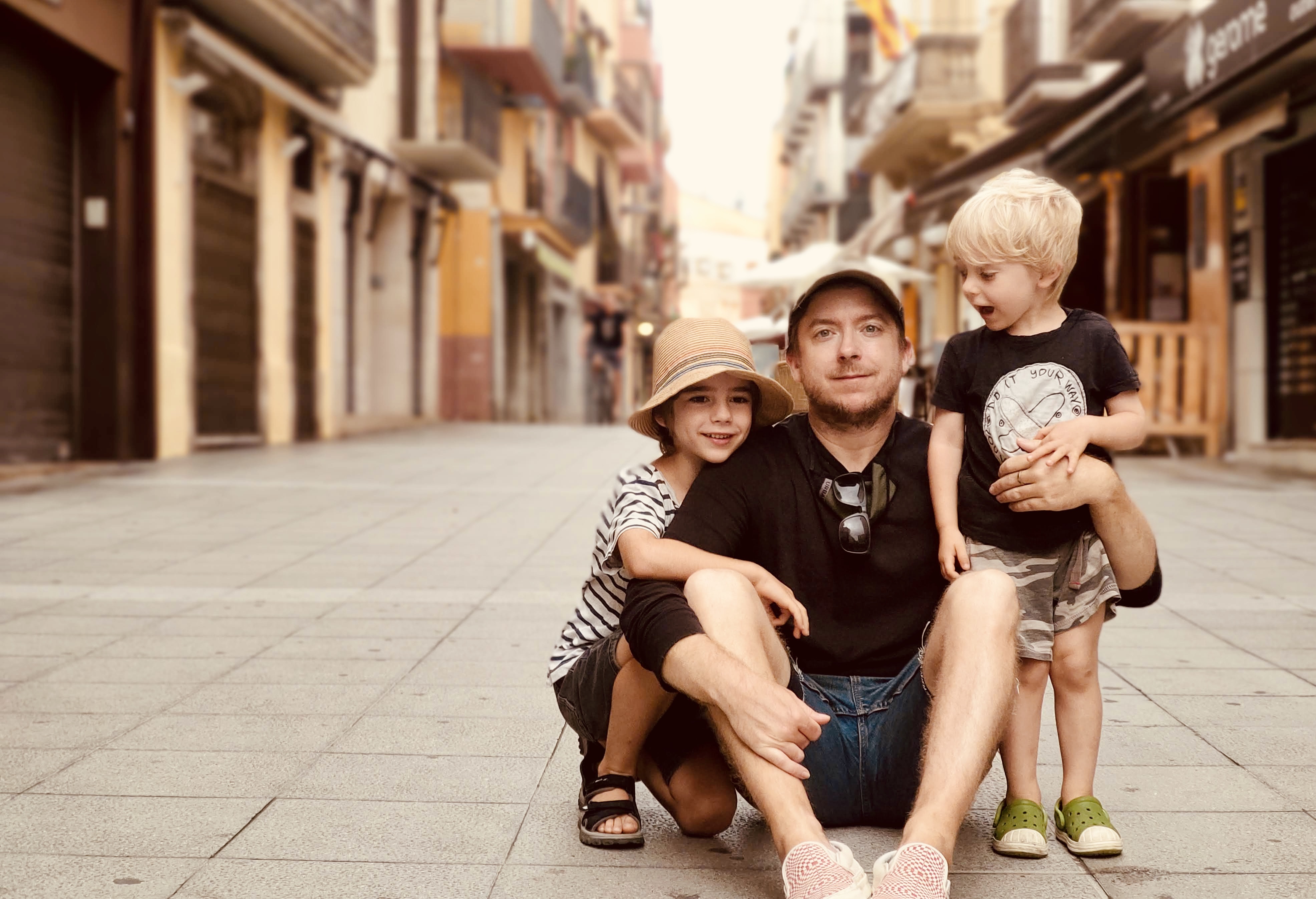 Like a lot of babies, our first son came out in tears. The world is cruel. Life is hard. But something interesting happened when the nurse handed Little Liam to me — he stopped crying. It was instantaneous. Just like that. My wife smiled. I remember that. It calmed me down. I was terrified of being a parent. I wasn’t so terrified after that.

Only this time, it took a little longer.

Our second son came into the world much like our first one. Angry. Or maybe sad. It’s hard to tell. He didn’t warm up to me as easily. One thing was clear — Little Luc liked his mom. Can’t really blame him. I get antsy. I think he could smell it. My wife doesn’t behave like that. Cool as a cucumber she is. A touch nicer to look at than me.

But a few months ago, over a thousand days into his journey, something shifted.

He was a ball of tears one night. Nothing would calm him down. Not even his big brother who has a nice touch. He climbed in my arms. The crying stopped immediately. He let out a deep breath. The rest of the night he was calm. He fell asleep holding my thumb. It happened the next night too. And then the one after that.

Being the only person in the world who can do something.

Being the best in the world at something.

If even for a moment.

That makes me breathe easier.

It means it’s not all up to me. It means I don’t need to be so competitive. It means I’m doing better than fine.

I’ve always wanted to be the best in the world at something.

It’s nice to know I don’t need to want anymore.

It’s nice to know all I gotta do is wake up tomorrow and soldier on.

What are you in the best in the world at?

If you can’t answer that questions yet, give it some time. It may be something that doesn’t even exist yet. I think that’s what makes this whole thing so much damn fun.

The turns you haven’t made yet.

Someone or something waiting a little further down the line.

Either way, keep your eyes open.

You don’t want to miss the moment when the world lets you know it’s your time to be the best.

Thank you for reading.
— Michael