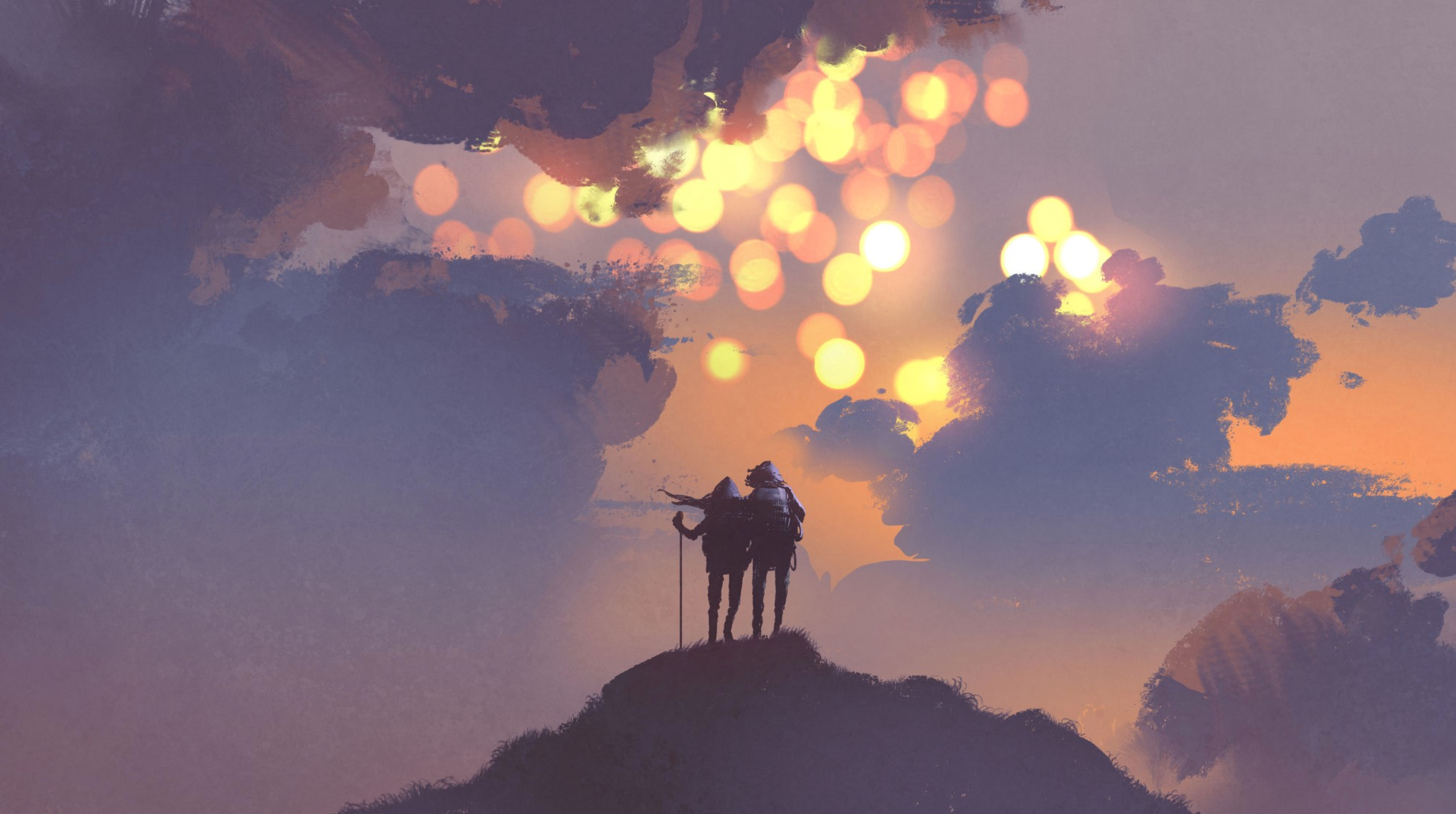 I didn’t really understand what was happening the first time I was taken to see the man in the hospital. I was young. But I knew it wasn’t good.

I remember seeing him lying in bed. Him reaching for my hand through all them damn tubes. Me flinching. I remember the man looking me dead in the eye and asking me why I couldn’t talk to him. I regret not saying anything back. I regret just standing there. My palms sweat just thinking of that. I was probably led out of the room after doing that.

What do you say to someone whose red cape has been replaced with a sterile white hospital sheet? How’s a kid supposed to act? Is there anything an adult can say to help take all the pain of the world away?

I don’t remember much of the man when I was a kid. Orioles games. Willie Nelson. Me rockin’ my big wheel down the hill at warp speed to meet him at the bus stop. His perfectly pressed navy blue uniform with heavy medals on it. Overly burnt pancakes. Him running his black pocket comb across his even more perfectly parted strawberry blonde hair.

One thing I remember for sure is I never once doubted the man would be there for me. I was a shy kid. Timid. He made me feel safe. The kinda guy who’s six-foot-five when you close your eyes but five-foot-eleven when you open them. He was my protector. But as much as I was in awe of him, at times, his stoic resolve and commanding presence also scared me some.

I remember when the man got better the first time, he’d sometimes stand at my bedroom door at night. I remember lying there with my eyes closed pretending to be asleep. I think about that a lot. Days like today make me regret doing that a lot.

Why didn’t I let him know I was awake? Why didn’t I tell him to come in and tell me a story? Why didn’t I ask him to tell me about all the bad guys he’d caught? I wish I’d asked him to sit on my bed. I wish I’d told him we didn’t have to talk at all.

When I think about the first relationship I had with the man, I can’t help thinking the image of him standing there — and me just lying there — best sums up the story of us.

He was my shield.

But I’m not sure how much either of us tried to take off our armor.

We don’t always take the time to notice, but people change. The man I knew is not the man I know. It took some time, but the years made him softer. We started talking more. He’d laugh loudly, uncontrollably, at all things 1988 Chevy Chase. My friends stopped calling him sir. He’s the type of person who asks good questions. He listens. My wife and kids really love him.

We took different paths. Me on one continent. Him on another. But no matter how far apart we were and no matter how different we saw the world, we never once questioned if we’d stay together. When you walk with someone long enough, you’ll eventually meet somewhere on the long road to the middle.

Knowing we’ve had our walks means a lot right now. He built me up. I like to think I toned him down. Maybe we’ll get another chance to lace up our boots again. Or maybe today while we wait on opposite sides of the globe for the news we want to know but maybe don’t want to hear, we learn our walking days are coming to an end.

I don’t know much. And I don’t know when. But if the damn world ever opens up again the first thing I’m gonna do is run to him. I’d say something this time. I know I would. At the age of 43, I still have no idea how to act and I still don’t have any idea of what I could possibly say to help take all the pain of the world away, but I’d try this time.

I’d tell him I love him.

The images of him and me and me and him are coming back faster than before. Pitch and catch. Standing on the sidelines at my games. Cheering. Yelling. The Grand Canyon. Him telling me to shut up and trust myself. I’d tell him I’m finally starting to do that. I’d tell him he gave me exactly what I didn’t know I needed. I’d finally admit his pancakes were pretty good.

I’m sure I’d mess up the words.

I do that sometimes when talking.

And perhaps that’s the most important lesson the man has ever taught me — great things happen when we give people the space and time to try to get things right.

Thank you for reading.
— Michael