After returning home from vacation, Chris Hurn’s young son couldn’t find Joshie, his favorite stuffed animal giraffe. Like most adults when we lose our phone, Chris’ son wasn’t happy. He dreaded the thought of having to sleep without his favorite buddy.

That night, in an attempt to appease his son, Chris told him a little lie. “Joshie is fine,” Chris said. “He’s just taking an extra-long vacation at the resort.”

Chris’ son accepted the explanation and faded off to sleep. With the time Chris had bought himself, he immediately called The Ritz-Carlton — the hotel where his family had stayed — to see if they could look for Joshie.

A few hours later, the phone rang: they had found Joshie. Chris was relieved to learn that a member of the cleaning staff had located the little guy wrapped up in a pile of sheets and that he was now in the safe hands of the hotel’s Loss Prevention Team. Quick on his feet, Chris then explained to the staff that he’d told his son that Joshie was simply enjoying a few more days of vacation. He asked them to take a photo of Joshie by the pool to relax his son.

A few days later, Chris’ doorbell rang and he was handed a package. Inside the box, Chris and his son were ecstatic to find not only Joshie, but also a few Ritz-Carlton branded toys.

A team member having the wherewithal to find Joshie and think, “Some kid is missing this.” The staff working quickly to get Joshie back to his rightful owner at no additional charge to the customer. Throwing in a few extra gifts. These acts alone are worthy of praise.

But what makes this story the stuff of legend is what Chris and his son found at the bottom of the box: An album full of photos of Joshie enjoying his time at the hotel. 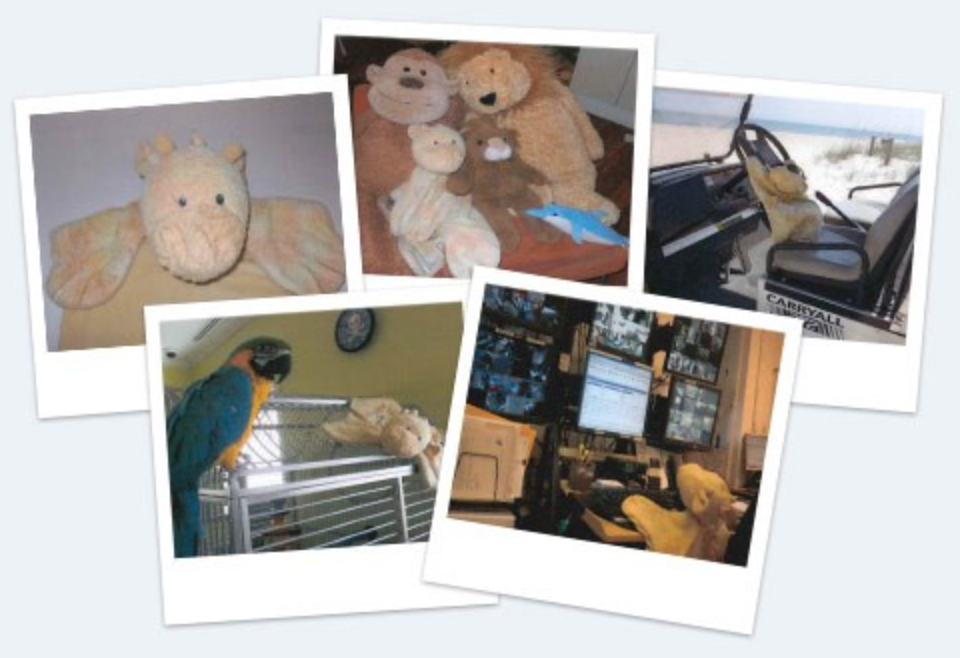 In addition to never having to think twice about which hotel you’d stay in — if this were to happen to you, what would you do?

Well, Chris Hurn did exactly that. He told the story of Joshie — and the good people at The Ritz-Carlton — at countless dinner parties. He tweeted about it. He even wrote articles about it.

It’s amazing what can happen when people get together and think about ways to do something nice for someone.

The Most Important Question in Marketing

Last week, my wife and I sat down and looked at our spending from last year to get an idea of where our money is going. It shouldn’t have been a surprise, because people need to eat, but the place that won most of our money — over €8,000— was our local supermarket.

But here’s the thing: Our local supermarket isn’t the closest one to our home. There are three others that would take us less time to get to. It isn’t the cheapest either. And an argument could be made that the bread a block away is better.

So why do we go out of our way to spend money there instead of saving money elsewhere?

Are you ready for this? Like the efforts of the Loss Prevention Team at Ritz-Carlton, it’s so simple, it’s genius: The staff greets my five-year-old by his name, and they have kid-sized shopping carts that he can push around.

All because a group of people sat around and asked themselves this one simple question: “How can we delight our customers?”

Take a moment and ask yourself how you can make just one personal connection with your clients today. Think about ways that you can delight them. It doesn’t have to be something big. I’m signed up for dozens of email lists, and I can count on one finger the times I’ve received a “real” personalized message that was addressed to me and only me. I’ll buy every book that person ever writes.

People do business with brands they like. This becomes much easier if you take a moment each day to ask yourself what you can do to show your customers that you like them.

One smile at a time.

One kind gesture at a time.

Being thoughtful has always been — and always will be — the best way to build your brand.